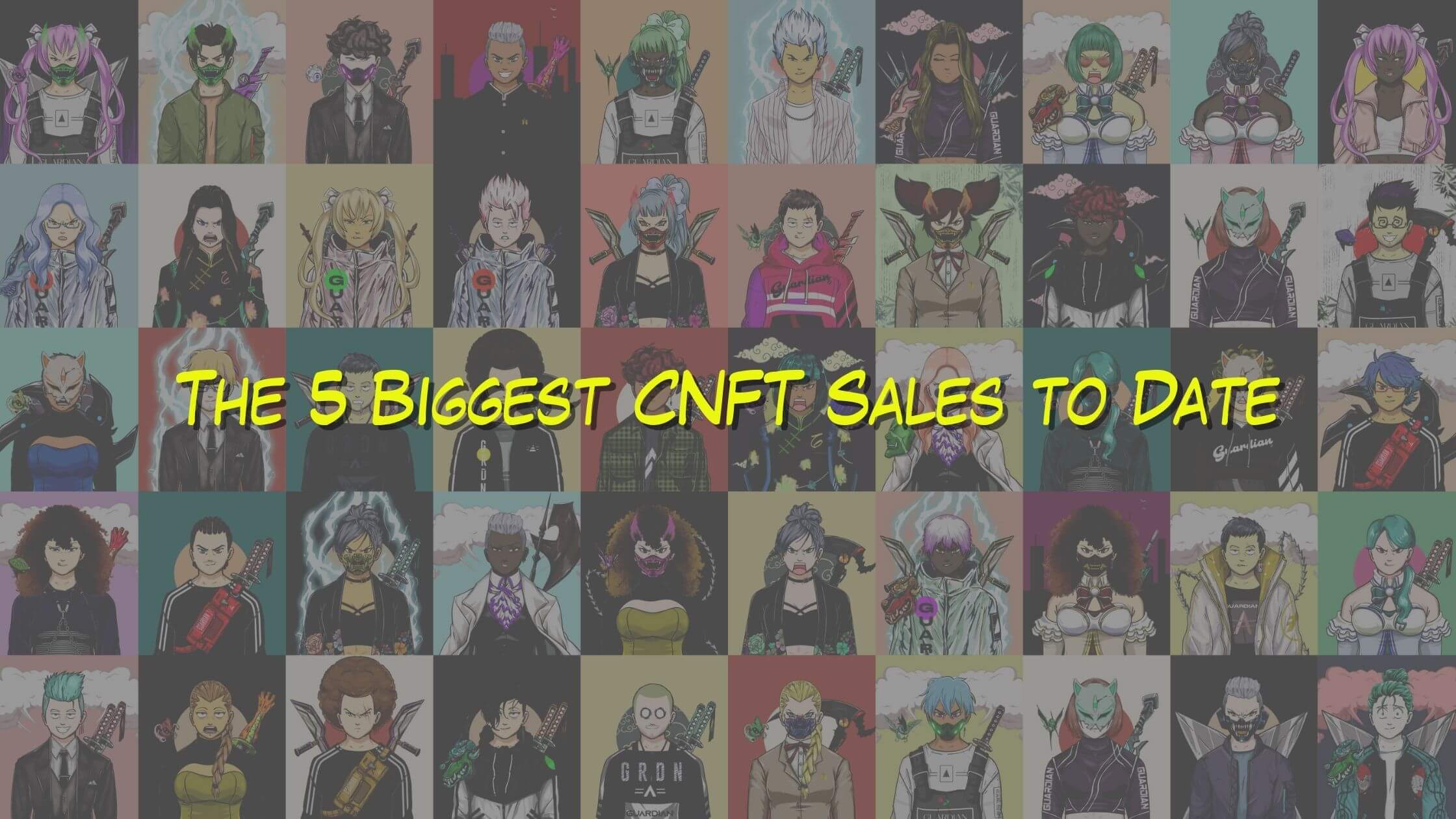 The 5 Biggest CNFT Sales to Date

This past year was an incredible one for the Cardano blockchain; it’s the year NFTs took over.

So much so that NFTs made up a majority of assets on Cardano. Hundreds of thousands, even millions of ADA were spent on minting and buying CNFTs on the secondary market.

Today, we look at the biggest CNFT sales to date. To be more specific, we look at the top 5 highest NFT sales on the secondary market. Not surprisingly, these 5 sales also happen to be for some of the most popular CNFTs to date.

Top of the list is practically a no-brainer if you’ve been in the CNFT space for even more than a week.

SpaceBudz are hugely popular on Cardano, and for good reason: they were the first ever 10,000 1-of-1 drop on the blockchain.

Created by the legendary duo of Alessandro, operator of Berry Pool and creator of Nami Wallet, and Zieg, budz consist of nimals, robots, and other intriguing creatures with a variety of characteristics and abilities.

The all-time high (ATH) sale is the most expensive on Cardano standing at an incredible ₳ 510K for SpaceBud #9936!

We suspect that Alessandro likes being first. Not only do two of his projects hold the top spots on our list, but he’s also responsible for some of the first NFTs on Cardano.

In fact, Berry NFTs brought NFTs to Cardano as the blockchain’s very first such project.

There are only 100 Berry NFTs in existence and one, the Berry Cardinal, recently sold for a whopping ₳ 115K a few weeks ago.

Clay Nation by Clay Mates is one of, if not, the most beloved NFT projects on Cardano.

Clay Nation is a collection of 10,000 digital figures with handcrafted clay qualities that were algorithmically built. Each one-of-a-kind NFT on the Cardano blockchain is a one-of-a-kind character. Clay Nation members are unique, just as they are in the non-clay world.

The project, which has an amazing team by the way, drove Cardano Twitter wild recently with the release of its Clay Paper which included some amazing plans, including a Clay metaverse!

Pavia is a project that needs no introduction, but we’ll still try to do it justice.

Pavia is Cardano’s first metaverse project, named after Gerolamo Cardano’s town of birth. It allows its users to create, explore, with many people and projects in the Cardano community eager to discover Pavia.

Fifth on our list and tied with Pavia for fourth highest secondary sale, is the project that’s been driving the entire Cardano community wild with its recent 7 days of announcements.

We’re of course talking about the wonderful and adorable Yummi Universe created in partnership with Hungrynaru.

Yummi aspires to be in the same league as Pokemon, Digimon, and Moshi Monsters. With the announcement that the project would have its own play-to-earn (P2E) mode, we cannot wait to see it all come together.

Own Your CNFT from a Unique Project

With so many great NFT projects building on Cardano, and many more to come, you don’t want to be left out of the fun.

There is one project that could be perfect for you. One that has a engaging community, lots of great utility, and organic growth.

ADA Ninjaz enables you to benefit from the following perks:

Purchase your own NFT from the secondary market and join the community on Discord today.